Sidemount to be or not to be - Alghais Diving

Home / Blogs /Sidemount to be or not to be - Alghais Diving

Sidemount to be or not to be - Alghais Diving 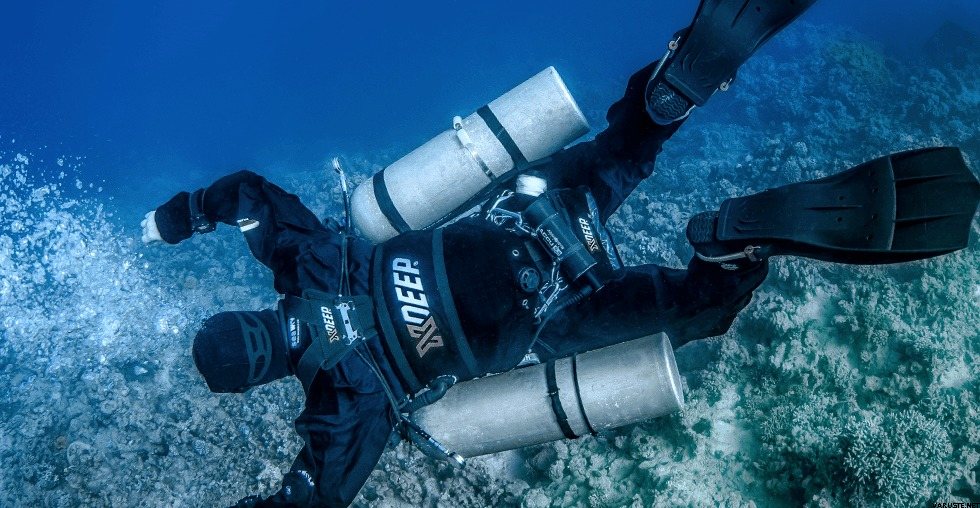 Shall you take the sidemount course?

The sidemount is a topic divers always talk about

So what are the advantages and disadvantages of the system?

Let’s start with the history of the sidemount

In the UK the sidemount was invented during the dry exploration of the Wookey Hole.

Divers encountered passages that blocked their way to explore further and these passages were submerged in water.

Because the spaces were very confined, the traditional use of SCUBA gear was not the best option.

Plus there was no need for buoyancy control or underwater swimming, coming up with the sidemount idea with basic equipment such as tank, regulator, and mask just to cross these areas was the solution.

This approach to ‘wet’ cave exploration was called the ‘English System’.

The American cave divers started to use the ‘English System’ later during the 1970s, but this time they need buoyancy control and underwater swimming.

It started by making the systems, using and adapting ‘off-the-shelf’ SCUBA equipment, and creating configurations from scratch, based upon webbing harnesses and improvised bladders for buoyancy.

The 1990s – the release of the first commercial rig 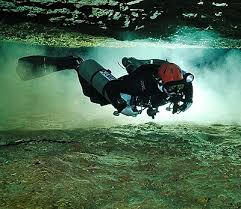 In the mid-1990s Lamar Hires designed the first commercial sidemount diving system and this was manufactured by Dive Rite, Dive Rite focused on the newly released ‘Transpac’ harness.

Other cave divers continued to manufacture their DIY configurations.

At this time, the use of sidemount configuration was primarily restricted to a small number of exploration-grade cave pioneers.

In 2001 Brett Hemphill designed the Armadillo Side-Mount Harness. The Armadillo innovated several features that would be utilized in many future side-mount harness designs.

Butt anchoring rear attachment pad, Cylinder bungee attachment located under the wing, cylinder bungee location straps for quick location of bungees, and primary BCD inflation located at the bottom of the harness instead of the top.

The widespread popularity of sidemount diving systems did not truly emerge until the mid-2010s when the growing popularity of technical and cave diving became exposed to sidemount proponents on the internet.

While Steve Bogaerts (a UK-born cave pioneer, who lives and dives in Mexico) released the popular minimalist ‘Razor’ system and began teaching a specific model training program for his rig.

When PADI instructor, Jeff Loflin, developed a sidemount diving specialty course, it proved extremely popular and was replicated by many PADI technical-level instructors.

The advantages of the sidemount system:

While sidemount offers many benefits, the freedom that the system provides been always something the divers keep talking about and show how much they appreciate the feelings. 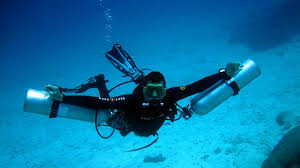 We usually hear compliments from divers who suffer from back pain that the sidemount system is a paradise while imagining carrying a twin set on your back and mounting around with it or when it is time to put it on and stand up from a sitting position.

As we know water is denser than air 800 times so being streamed lined and trim is very important to move efficiently through the water and that will reflect on the air consumption and the dive profile. 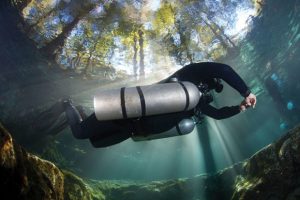 Sidemount helps with achieving streaming by reducing any unnecessary drag and having the tanks on the sides of the body making it the least drag possible in the water.

Regarding the trim, while the trim is more on how you position your body and it is more related to the diver than the gear, the sidemount system makes it very easy to achieve this position and gives you the trim you aiming for with no effort.

Because the system is designed to carry each tank on each side the balance was achieved and in some diving equipment such as Xdeep, the weights are kept in the middle of the back so the center of gravity is well distributed, try to images wearing a back mount system and try to flip to the right side you will feel the tank is pulling you further down while if that happens with the sidemount the tank in the other side will compensate for that and you won’t feel any unbalance.

During the course, we practice how to achieve this and how to distribute the weight around so balance is achieved.

In addition to carrying more gas, one of the key reasons for diving with two or more cylinders is redundancy. A mandatory requirement for any type of technical diving, redundancy provides additional safety in the event of an equipment failure or diver mistake. 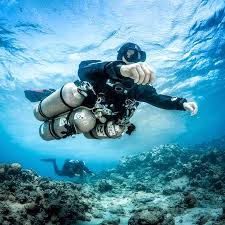 All multi-cylinder configurations provide this redundancy in terms of both cylinders and regulators. Sidemount however, provides two truly independent gas supplies as opposed to one separated by an isolation valve. This facet has pros and cons, however; it is a key point of difference.

Another key difference is the location of the valves and regulators. In sidemount, your cylinder valves are in front of your body, typically under your armpits. In contrast, the valves for a backmount twinset are out-of-view behind your head and shoulders. In sidemount, a valve or regulator issue is very easy to see and diagnose. It is many times easier and faster to isolate an issue by closing either valve and switching regulators.

Are there any disadvantages to the sidemount system?

To summarize this it is personal preferences and with all the advantages in the sidemount system we don’t see any disadvantage to it but as mentioned it is personal preferences so someone might find it hard to jump off the boat using the sidemount while someone else might find it hard to walk with them during a shore entry but everyone likes the sidemount system and love the feeling to dive in it and it is very obvious why it is spreading so fast.